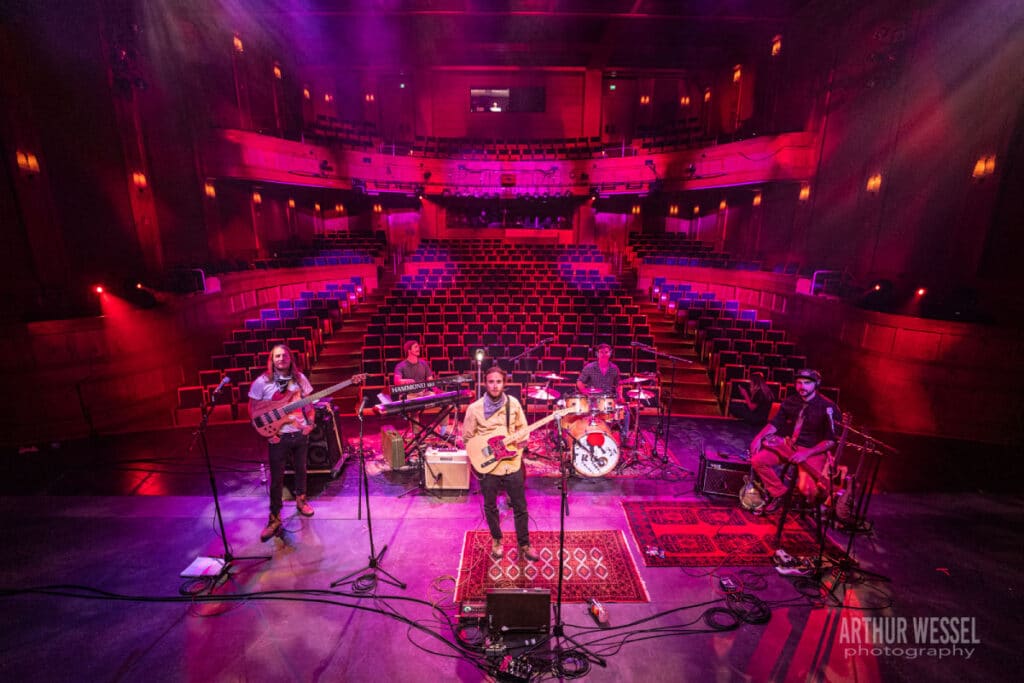 Born from the rich culture of the Colorado mountains, The Runaway Grooms are advancing the musical sounds of the high country into a diverse blend of Americana tones derived from Southern Rock influences of The Allman Brothers Band melded with eclectic grooves similar to legends like the Grateful Dead. Between dueling guitar solos, the fullness and raw power of a screaming lap steel guitar, and 3-part harmonies, The Runaway Grooms grapple the Colorado music scene while expanding their reach all across the country. The band continues to harvest the energy of the mountains transforming it into melodic masterpieces, which are sure to hit you like a freight train before the 2-4-1’s do.

The group started when front man, Adam Tobin, met guitarist, Zac Cialek, at employee housing on the mountain. The two were joined by drummer, Justin Bisset, shortly after and formed the original lineup. The trio moved in together, started gigging up and down the Vail Valley, and began cultivating an extremely loyal fan base. Bassist/vocalist, Zach Gilliam, and keyboardist, Cody Scott (aka ole strong fingers), joined the band in November 2019 creating an undeniably funky sound that rings deep through the mountain passes. The addition of the new members birthed a new sound for the band and added a tasty flavor that listeners can’t stop raving about. 2019 brought TRG many fortunes including opening for Toots and the Maytals at the Vilar PAC, headlining the infamous Show Down Town Concert Series, and jamming out Avon Performance Pavilion. 2020 brings many great things for the band including releasing their debut LP titled “Tied to the Sun”, headlining the Vilar Performing Arts Center, and opening the Minturn Summer Concert Series.

Brought to you by the Vail Valley Foundation and the Town of Eagle.